This registration is for in-person attendance for this course at the West Seminar.

All fees are non-refundable and non-transferable.  Please be aware that photographs may be taken throughout this event for use in future TCA approved publications, promotions, presentations, and/or any other media formats.    By registering for and attending this event, attendees acknowledge that exposure to COVID-19 is an inherent risk in any public location where people are present; the TCA cannot guarantee you will not be exposed during your visit.  Please view our Event Policies + COVID for this even 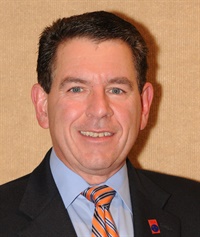 A native Memphian, Dr. Cole is a second generation chiropractor.  He often comments, "I did not choose health care.  It chose me".

Dr. Cole graduated in 1979 from Palmer College of Chiropractic, the premier college of the chiropractic profession.  He holds both national and state board certifications.

In 2004, Dr. Cole was awarded the highest accolade in the chiropractic profession, Fellow of the International College of Chiropractic (FICC).

Dr. Cole's focus in on spinal orthopedics with additional interest in nutrition and exercise rehabilitation.  He believes that recovery is a co-operative venture between doctor and patient.

His patients refer to him as "Dr. Don".