Please Note: Programs with a ☾ insignia begin after 5pm or air on the weekend.

The TCA is excited to invite you to take part in our inaugural all-virtual Spring Education Event. During this fun, interactive event, you will be able to complete 8 hours of TN DC educational requirements while we celebrate being together…at a distance.

Through this user-friendly platform, registrants will attend speaker sessions in a state-of-the-art online learning environment and we will provide you with all the necessary tips and tools to successfully participate in this convenient, all-virtual opportunity.

Dr. Jason Hulme - Simplifying Shoulder Rehabilitation for the Busy Chiropractic Physician - Shoulder rehabilitation can be extremely overwhelming for many chiropractors.  Making the accurate diagnosis, knowing where to start and making sure you make progress can be daunting without hour-long appointment times.  In this fast-paces 2 hours, Dr. Hulme will cover an evidence-based approach to quickly diagnose if you can help the patient, where to start, and the principles behind getting your shoulder cases to improve as quickly as possible.

Dr. Bill Moreau - Performing the Preparticipation Physicial Examination - This 2 hour course will provide an overview of current evaluation and management strategies for performing preparticipation examinations (sports physicals).  The standard of care is discussed for required historical and physical examination techniques.  How to make clearance decision(s) is discussed. (sponsored by NCMIC)

Dr. Scott Munsterman - Chronic Pain Management - This 2 hour course provides a systematic, non-pharmacological whole person approach to pain management, including the latest evidence-based biopsychosocial approach to identifying different pain types and ow to manage them effectively.  The course addresses the opioid epidemic and the role the chiropractic clinician can play in combating the crisis. (sponsored by ChiroHealthUSA)

Dr. Jenny Brocker - Documenting the Pediatric Visit - Kids are more than just small adults and their chiropractic treatment needs to be tailored to their unique anatomy and physiology in order to provide safe and effective care.  Each part of the patient visit requires special attention to the age and development of the patient.  This 2 hour course will highlight some of the current research on the safety of pediatric chiropractic care and the unique aspects of conducting and documenting a pediatric patient visit, including a narrative history, physical exam and daily SOAP notes. (sponsored by NCMIC) 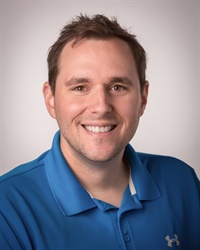 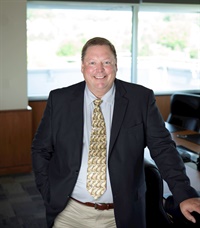 For ten years he led sports medicine at the United States Olympic Committee as director of clinics in 2009 after more than 25 years of clinical practice. In 2017 he was promoted to Vice President of sports medicine where he oversaw USOC sports medicine related activities; including medical care at the Olympic/Paralympic Games and the USOC Clinics. He led the USOC National Medical Network and formulated medical standards of care for the USOC.

Moreau served as Team USA’s medical director at the London 2012 Olympic Games and the Sochi 2014 Olympic Winter Games, and as Chief Medical Officer for Team USA at the 2016 Summer Rio Games and the 2018 Winter Games in South Korea. As Chief Medical Officer he directs medical service lines for Team USA athletes. In 2017 he was appointed to the Pan American Sports Organization (PASO) Medical Commission.

Dr. Moreau founded the United States Coalition for the Prevention of Illness and Injury in Sport. The coalition is one of eleven IOC international centers of research excellence.

Moreau is an avid conservationist. He lives in Black Forest Colorado with his wife. 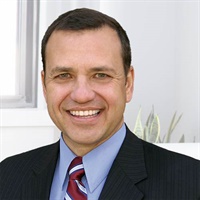 Dr. Scott Munsterman is founder and CEO of Best Practices Academy and an acknowledged expert on the transforming model of health care delivery with a commitment to the promotion and advancement of the chiropractic profession.? Dr. Munsterman is a graduate of Northwestern Health Sciences University, where he has served as Vice-chair of the Board of Trustees and on the President’s Cabinet as Chief of Care Delivery.

He was awarded Chiropractor of the Year in South Dakota and the Fellow of the International College of Chiropractors (FICC). Dr. Munsterman served two terms as Mayor of the City of Brookings and three consecutive terms in the South Dakota House of Representatives, where he chaired the House Health and Human Services Committee and the Legislative Planning Committee.

He is author of the books A Vision for South Dakota; Care Delivery and Chiropractic: An Opportunity Waiting; and Unfinished Business. 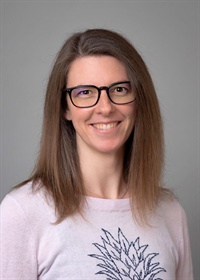 Jennifer Brocker (known as Dr. Jenny in our office) is a 2007 Cum Laude graduate of Palmer College of Chiropractic in Davenport, IA.  In 2012, Dr. Brocker became board-certified as a Diplomate in Clinical Chiropractic Pediatrics having completed the required 3-year postgraduate course of study.  Additionally, she completed the 80 hour workshop series in Dynamic Body Balancing with Dr. Carol Philips.  She has felt a deep passion to help and serve other people for most of her life. From a young age she developed a deep respect and curiosity for health care because she grew up under the chiropractic care of her mom, Dr. Patricia Petrie. She believes a comprehensive approach to health care is in the best interest of the patient and it is her duty as a chiropractor to work with other health care professionals to provide patients with the best and most complete care possible.

Dr. Jenny uses her experience as a mother and her knowledge as a chiropractor to help make pregnancy a time of joy and celebration, leading to a positive birth experience. With 3 children of her own, Dr. Jenny, finds so much delight in working with children. They are a constant source of wonder and laughter and she loves helping them thrive.

When she’s not in the office, Dr. Jenny enjoys camping, knitting, baking and anything that involves her husband Isaac, and their three children – Avari, Dean, and Amity.